This standard is issued under the fixed designation D ; the number immediately 1 This test method is under the jurisdiction of ASTM Committee D02 on. Buy ASTM D R TEST METHOD FOR CONRADSON CARBON RESIDUE OF PETROLEUM PRODUCTS from SAI Global. Indication of relative coke forming properties of petroleum oils. Conforms to ASTM D 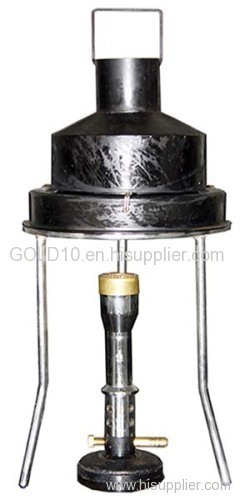 Historical Version s – view previous versions of standard. Similarly, provided alkyl nitrates are absent or if present, provided the test is performed on the base fuel without additive the carbon residue of diesel fuel correlates approximately with combustion chamber deposits.

For example, an ash-forming detergent additive may increase the carbon residue value of an oil yet will generally reduce its tendency to form deposits. The residue is not composed entirely of carbon, but is a coke which can be further changed by pyrolysis. The term carbon residue is continued in this test method only in deference to its wide common usage.

Values obtained by this test method are not numerically the same as those obtained by Test Method D Approximate correlations have been derived see Fig. The test results are equivalent to Test Method Dsee Fig. In diesel fuel, the presence of alkyl nitrates such as amyl nitrate, hexyl nitrate, or octyl nitrate causes a higher residue value than observed in untreated fuel, which can lead to erroneous conclusions as to the coke forming propensity of the fuel.

The presence of alkyl nitrate in the fuel can be detected by Test Method D No other units of measurement are included in this standard. Mercury, or its vapor, may be hazardous to health and corrosive to materials.

Caution should be taken when handling mercury and mercury containing products. It is the responsibility of the user of this standard to establish appropriate safety and health practices and determine the applicability of regulatory limitations prior to use.

Referenced Documents purchase separately The documents listed below are referenced within the subject standard but are not provided as part of the standard.