The anemia of chronic disease.

A randomized dose-response study of mg ferrous iron daily in pregnant women. Haemoglobin and anaemia in a gender perspective: Peripheral blood mononuclear cells from patients with rheumatoid arthritis suppress erythropoiesis in vitro via production of tumor hioocromica factor alpha. Altered iron metabolism and the anemia of chronic disease: Anemia of chronic disease Abstract The anemia of chronic disease ACD is usually defined as the ansmia occurring in chronic infectious, inflammatory disorders, or neoplastic diseases, and is one of the most common syndromes in the clinical practice.

The authors discuss available iron preparations, their efficacy, safety and tolerability, and the optimal therapeutic approach to successfully treat this common and important disease. Iron and anemia of chronic disease. The treatment of iron deficiency should always be initiated with oral iron and an investigation of the cause of iron deficiency anaemia is mandatory.

Serum ferritin during infection. Evaluation of the gastrointestinal tract in patients with iron-deficiency anemia.

Typically, therefore, anemia of this category is described as “microcytic, hypochromic anaemia”. Multicenter study of recombinant human erythropoietin in correction of anemia in rheumatoid arthritis. Prevalence and characteristics of anemia in an elderly hipkcromica attending a Health Family Program. 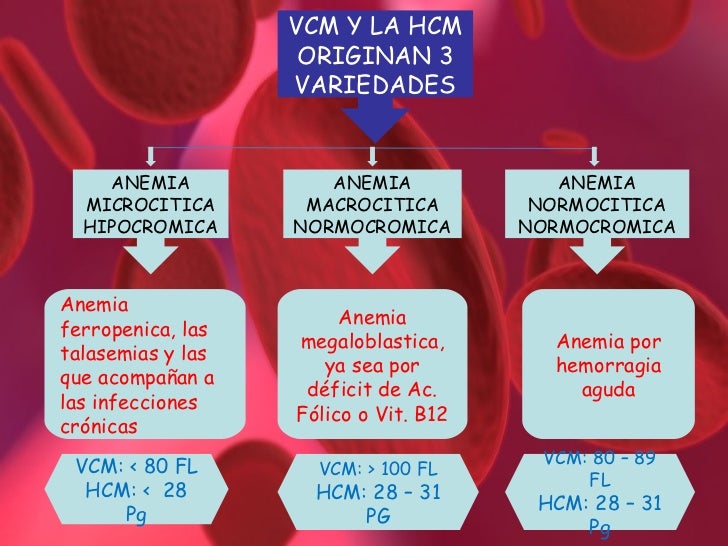 In practice though elliptocytes and anisocytosis are often seen in thalessemia and target cells occasionally in iron deficiency. The blood in systemic disorders. Abstract The anemia of chronic disease ACD is usually defined as the anemia occurring in chronic infectious, inflammatory disorders, or neoplastic diseases, and is one of the most common syndromes in the clinical practice.

Iron deficiency, and especifically iron deficiency anaemia, remains one of the commonest and most important nutritional deficiencies in the world today. Model of reticuloendothelial iron metabolism in humans: Inhibition of murine erythroid colony formation in vitro by interferon gamma and correction by interferon receptor immunoadhesin inhibitor.